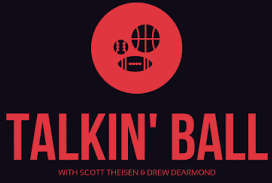 Scott Theisen is no stranger to the Tennessee Valley having been apart of the sports scene for nearly 20 years working at the local NBC Affiliate before joining the team at 97.7 The Zone ESPN Radio in 2018. During his time in television the Associated Press awarded him best sports story awards in 2001,2006 and 2008 while picking up the best sports program award for his work covering high school football. Make sure and connect with Scott via twitter @stheisenespn.

Drew is also a frequent guest speaker at the North Alabama Tide Fans Club, You can connect with Drew on twitter @DrewD977ESPN.