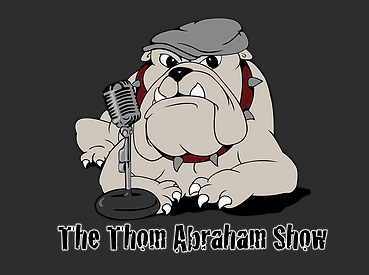 After 11 years of coaching High School and then College Football in upstate New York, Thom Abraham embarked on a broadcasting career. Thom did color commentary on college football for the Empire Sports Network and NESN from 1997-2000, while also debuting The Thom Abraham show on WYSL in New York.

Thom would once again call the Tennessee Valley home in 2013 before landing at 97.7 The Zone in 2019 where you can hear the Throm Abraham show weekdays from 10am-Noon.

You can also hear Thom weekly through out the country as host of Bassmaster Radio and as host of the very popular Field of Faith Radio show that chronicles the Christian testimony of athletes around the country.

Thom resides in Winchester,TN with his high school sweetheart Allyn, they have 9 kids, 9 grandkids with a 10th on the way. Feel free to reach out to them via www.thomabraham.com.