Posted About Three Weeks Ago by Scott Theisen/Alabama Football Communications

TUSCALOOSA, Ala. – The annual Nick’s Kids Foundation Luncheon was held on Wednesday afternoon in The North Zone at Bryant-Denny Stadium with checks totaling just over $572,000 were presented to local and state non-profit organizations.

The event returned to Bryant-Denny Stadium for the first time since 2019. Last year, the City of Tuscaloosa and Nick's Kids Foundation hosted a parade and ceremony for the Nick’s Kids Avenue Jubilee, celebrating the renaming of 28th Avenue to “Nick’s Kids Avenue.”

Since Nick and Terry Saban arrived in Tuscaloosa in 2007, nearly $11 million has been given to deserving charities and organizations throughout the state and surrounding areas.

In 2022, some of the Nick's Kids Foundation projects include Home Building Project #18.5 with Habitat for Humanity to honor the 2021 SEC Championship team, a $1 million gift to the Saban Center from Nick’s Kids, the PARA of Tuscaloosa County all-inclusive playground, as well as the Teacher's Excellence Awards Luncheon.

In addition to their work with the Nick's Kids Foundation, the Sabans have also been generous with their personal donations to The University of Alabama's scholarship fund. In June of 2008, Nick and Terry made a $1 million pledge to the University for first-generation scholarships.

The Nick’s Kids Foundation is the official charity of Nick and Terry Saban. The Nick’s Kids Foundation is a 501©3 non-profit organization dedicated to raising awareness and resources for deserving organizations throughout the state of Alabama and Southeast. As the official charity of Nick Saban and his family, Nick and Terry invest their time and energy hosting luncheons, golf tournaments, scrimmages and other events to benefit the cause. The proceeds are given in support of children, family, teacher and student causes. 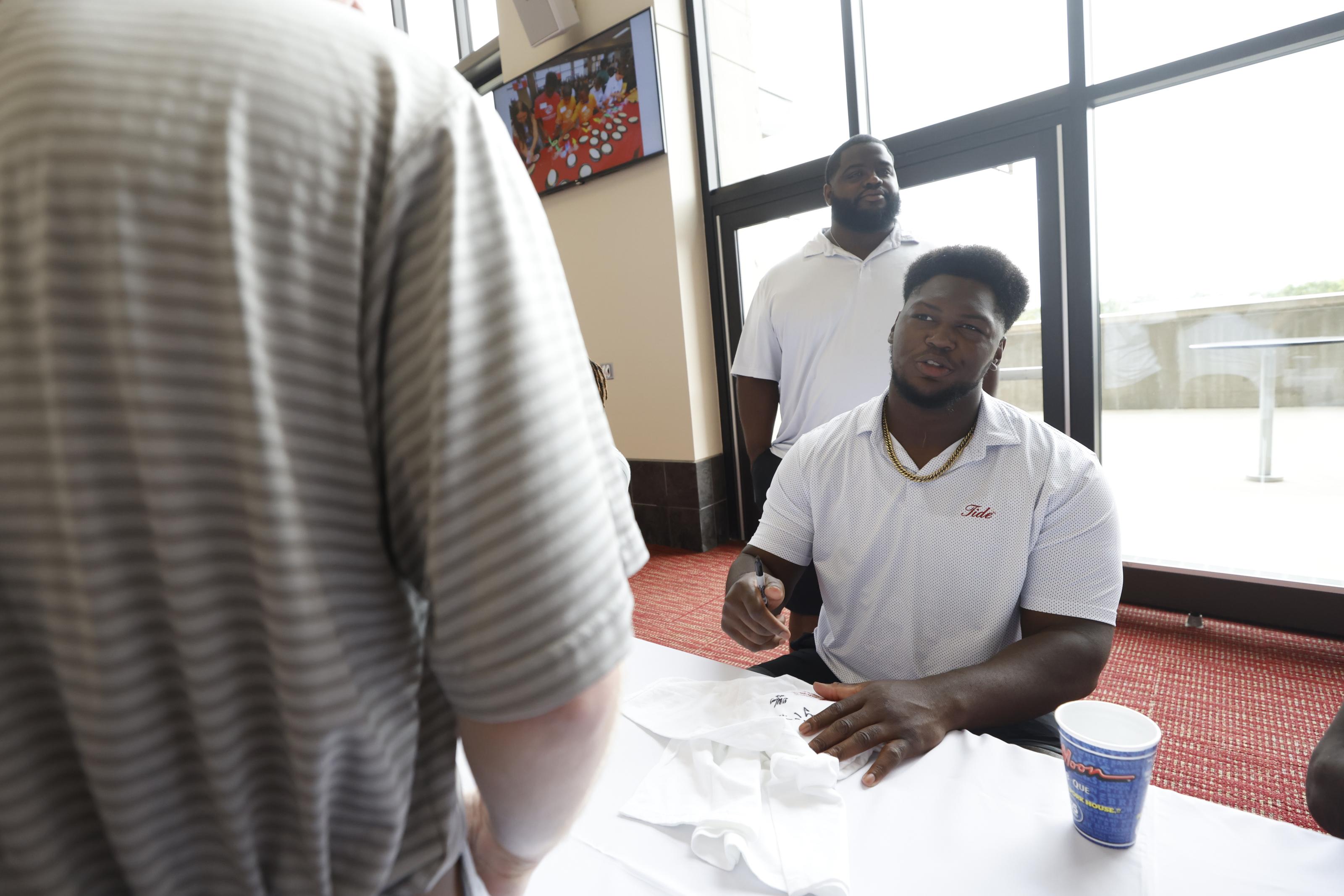