Posted About Three Weeks Ago by Drew DeArmond 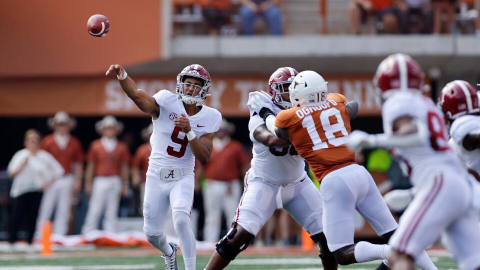 The reigning Heisman Trophy winner finished 27-39 for 213 yards with 1 TD and no turnovers. The stat line may seem pedestrian, especially for Young, but not turning the ball over vs the Longhorns turned out to be a HUGE factor. That and a fourth quarter stat line worthy of the best offensive player in college football: 15-19 136 yards with a TD. First the improvisation moving out of the pocket to his left, then stopping on a dime to load up for the seven yard TD pass to Jahmyr Gibbs with 8:29 left in the 4th quarter.

Plus the Houdini act on the Safety Blitz scrambling for 20 yards to lock up the 33-yard Will Reichard game-winning Field Goal with 10 seconds remaining. 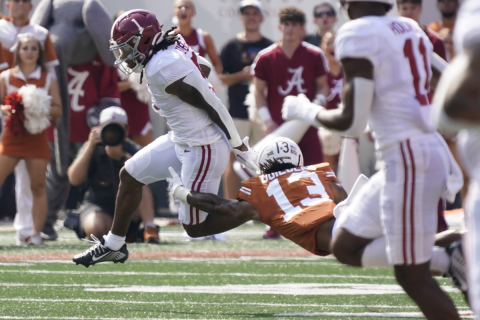 The transfer portal addition from Georgia Tech was the leading receiver for the Crimson Tide finishing with 9 catches for 74 yards & the go-head 7-yard TD from Young with 8:29 left in the 4th quarter to put UA in front 17-16. The junior from Dalton, GA, finished with 132 all-purpose yards on 20 touches (9 rushes for 22 yards/2 KOR 36 yards) and the TD reception. 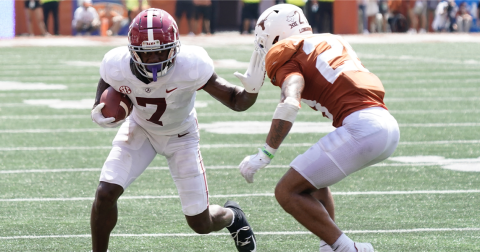 The sophomore wide receiver once again came up clutch with his 2nd catch of the contest coming on 4th down from Bryce Young with the game on the line as the Miami native gained 7 yards to move the chains with 9:30 left in the final quarter. This led to the go ahead touchdown and then Brooks caught the final pass of the day for 3 yards to set up the game-winning kick for Will Reichard to win it 20-19. The 6-2 196-pounder seems to have ice water in his veins & finished with 3 catches for 33 yards. 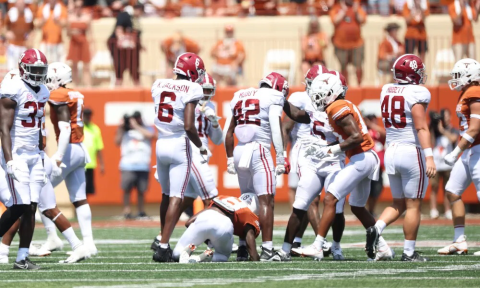 The senior will linebacker from Conway, South Carolina, saved the best game of his career for Austin, Texas. A team-high 10 tackles with a sack & tackle for loss. Energy, passion & intensity with the hunger of a first year starter taking advantage of his opportunity in his final season in Crimson. His performance was huge with the rare mental errors by Will Anderson (4 penalties). 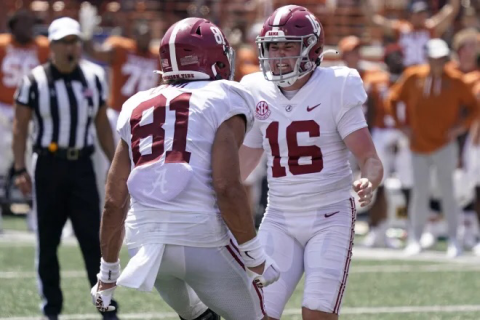 The senior place kicker from Hoover tied his career high with a 52 yard field goal in the first quarter and made his first game-winning kick from 33 yards out with 10 seconds left. Reichard was 2-2 on field goals and extra points with only 39 total kickoff returns with 3 touchbacks. Alabama has been so dominant under Nick Saban that it was the first game of his era that the Crimson Tide has made a last second kick to win a football game. Previously Jamie Christensen had three game-winning kicks in 2005 vs Ole Miss, Tennessee & in the Cotton Bowl vs Texas Tech. 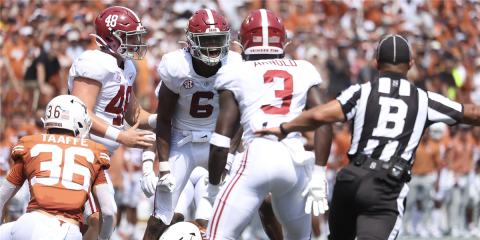 The redshirt freshman from Tallahassee, Florida, played very well in his first extended action on the road coming in at corner for the struggling Khyree Jackson. Arnold finished with 5 tackles & helped slow down leading Longhorn receiver Xavier Worthy for the majority of the 2nd half. He moved from safety to corner following the 2021 season and is now pushing to start after a strong fall camp. 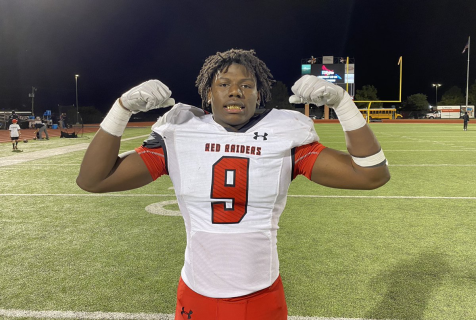 Big-Time priority Defensive Line Target set to commit on September 19th. Buzz it seems to favor the Crimson Tide over Oklahoma right now with the decision eminent and the Alabama staff led by his lead recruiters DL coach Freddie Roach & WR coach Holman Wiggins were in attendance to watch Renaud play this past Friday before the Texas matchup 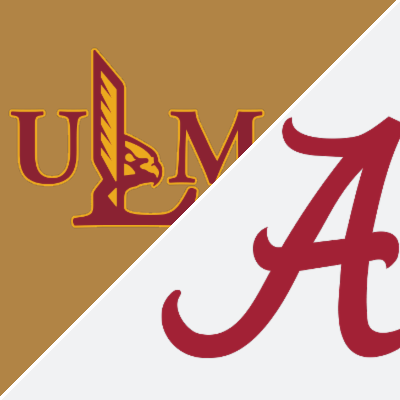 Next Up For top-ranked Alabama: Return home to take on Terry Bowden’s Louisiana-Monroe Warhawks at 3 pm on SEC Network